Downed trees slowing me down. 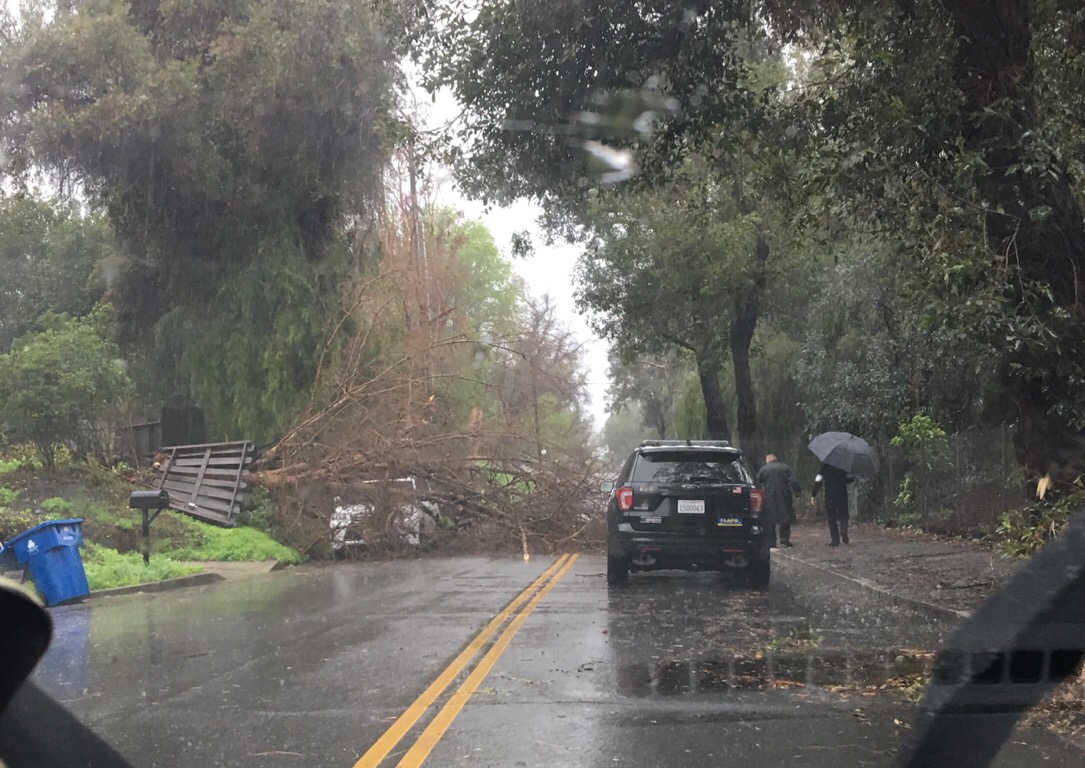 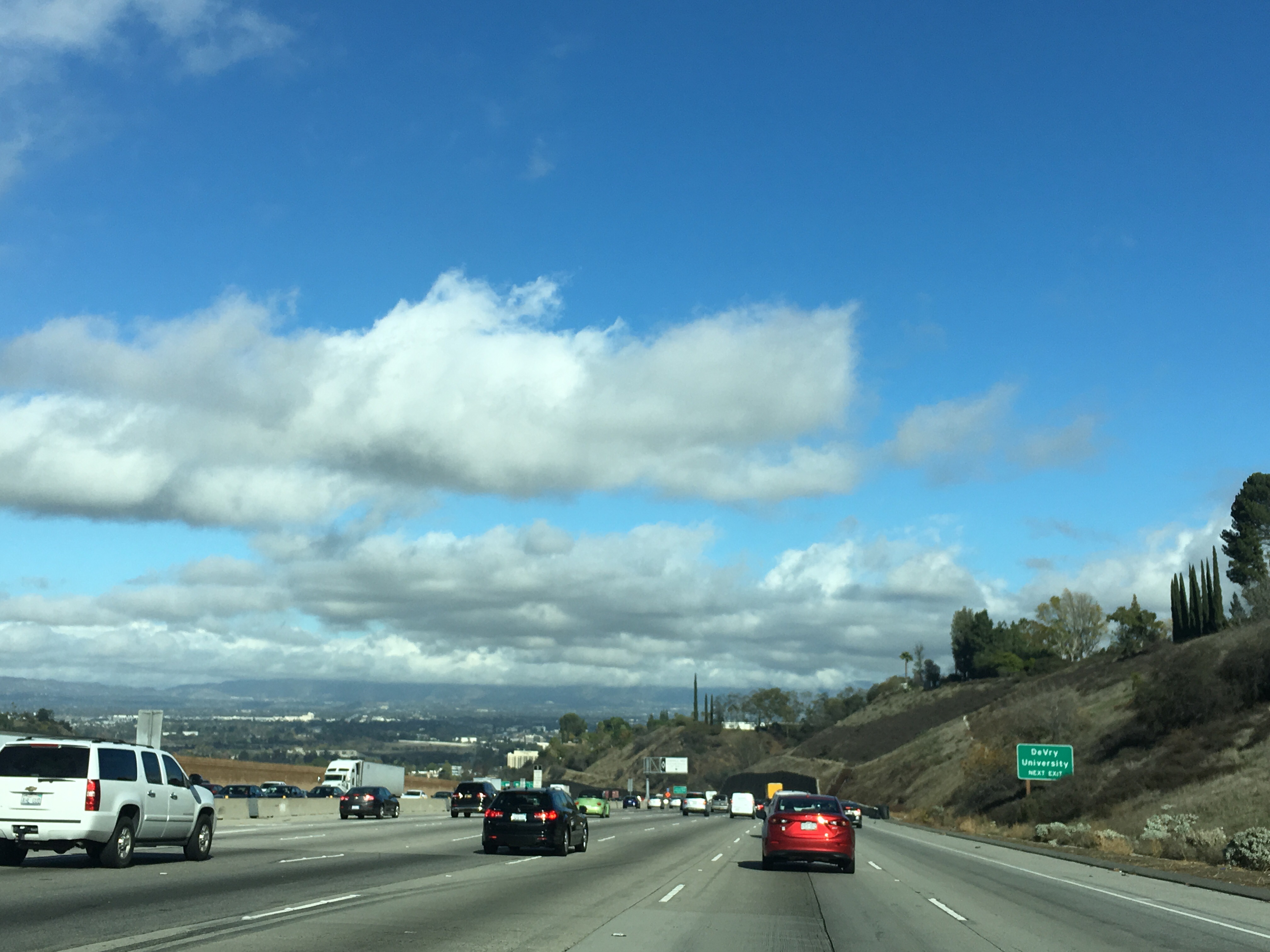 I took this video before i left town. I have many more pictures and videos to upload from my trip, but for now, enjoy this amazing time lapse of clouds, and sunlight moving across the valley.

LA topped 100 degrees today and I am melting. 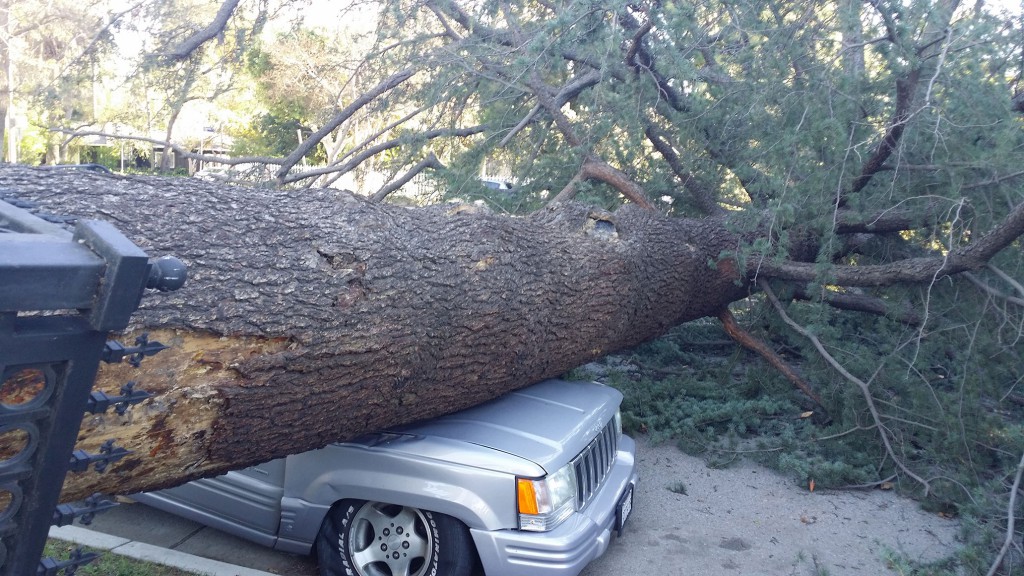 This tree was blown down across Chandler Blvd.  Torn out of the ground crushing both gate and Jeep. 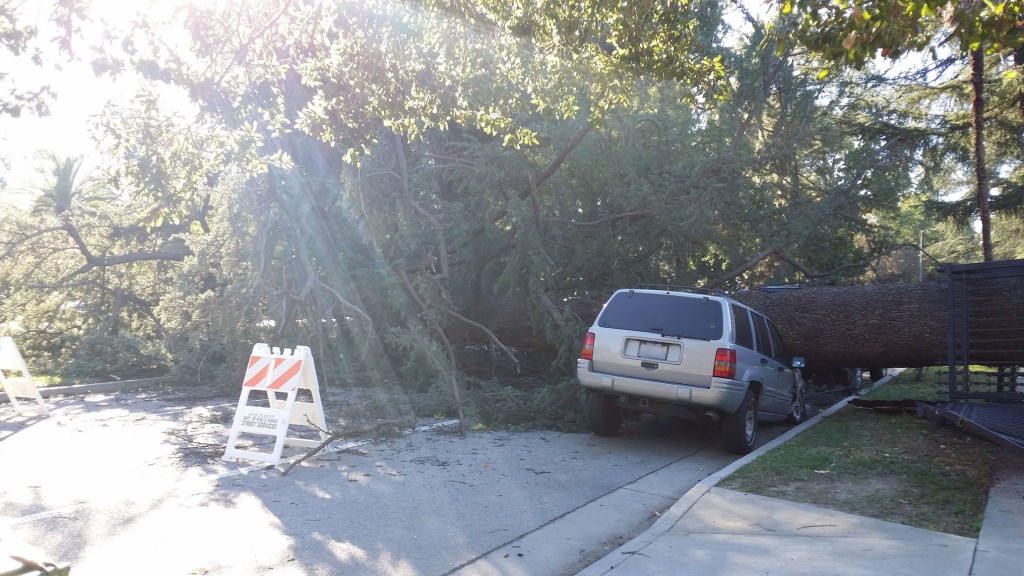 I’m trying to fly home from DC. we’ve been sitting in our plane in a parking lot for over an hour while the rain and thunder gets worse. 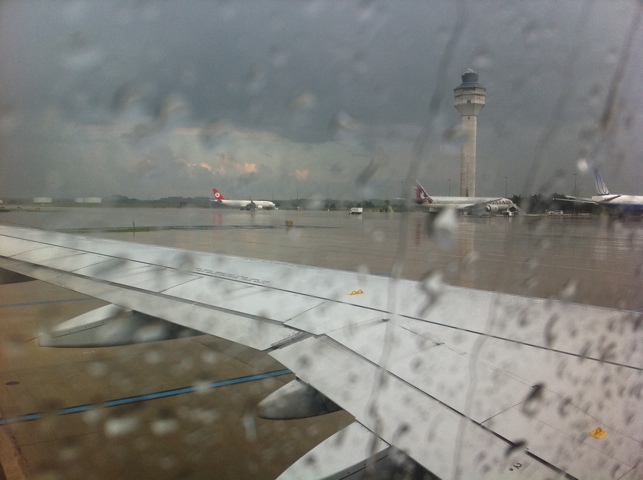 Damn you god! they turned our boats around just because of 50′ visibility. I feel bad for all the first timers. They arranged for a pathetic exhibition in aquatic park. I didn’t participate, but I’ll be back next year! 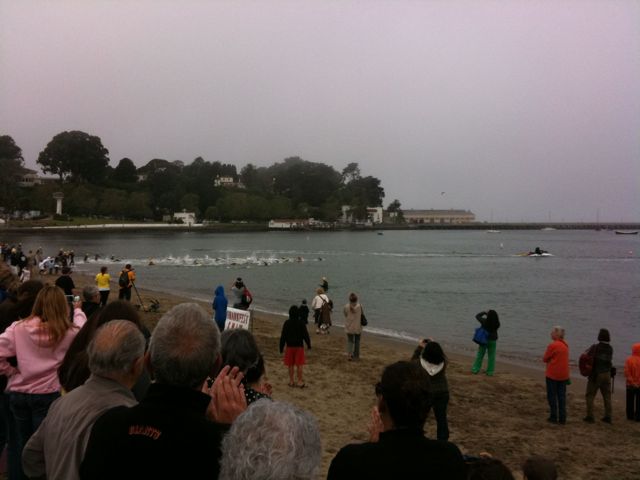 at this moment I have two systems of my own as well as three more in various sages of diagnostics or testing. included in these are some very big mac pro towers running under serious load. it’s cold. that’s what I’m saying.

I know what you are saying, “using mac pro towers to heat your office isn’t very green of me.” it more like load testing powerful computers isn’t particularly energy friendly, but sometimes it’s got to get done and in the winter, it’s not so bad. (until the electric bill shows up)

My neighborhood winked out a few minutes ago.  Could the weather i loved so dear have done this to me?  i’m sure it wasn’t intentional.  it is doubtful that my batteries