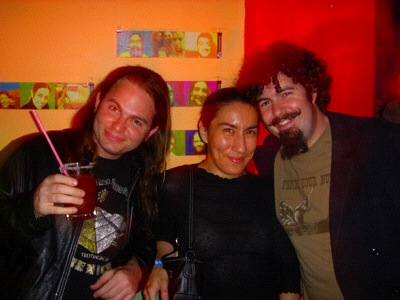 We arrived in Mexico City in the evening.  After bringing our stuff the four flights to Eric’s apartment we headed out to a bar.  It was actually an art explosion.  We paid one cover for bars and clubs all over town.  We met some really nice folks.  I met some journalists from the US and Canada.  After a few hours, we’d move on to another place.  Some of the clubs had live bands and all of them were packed full of people.  Some of the exhibits were truly inspired while others seemed to be drug induced.  One of my favorites had a cleverly edited loop of a standoff between two gunslingers projected on the wall of the sub-basement.  It had been edited in such a way to lengthen the loop.  Cutting between long shots and close-ups without letting the intensity let up for even a moment.  We ended the night with some tacos and then sleep. 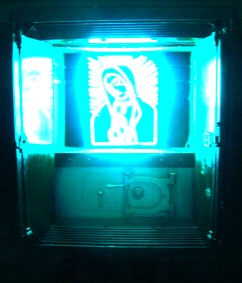