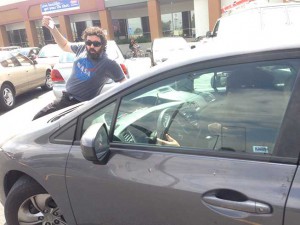 A strange turn.  It all started today taking Forest to a doctors appointment.  She had hurt her hand and it was uncomfortable to drive.  After the appointment we stopped at Ralphs for some groceries.  After parking in the lot, i had my door open and I was installing my sun shield when the driver beside me began to back up.  I did not even notice until she had struck my open door and knocked it closed (not very hard) against my legs.  This is my new car, so I jumped up and knocked on the window of the car.  “You hit my car!” I exclaimed while she continued to back up.  “Liar.” I hear from behind a closed window.  I see a minor scrape on the driver door of my new car and my tone and intensity grow.

This was the time that Forest got out armed with her phone to document what is going on.  I also step away from my car and towards her car.  I am fiddling with my phone trying to get the camera out, still attempting to coax the driver into stopping and talking.  She has finished backing up, so i step in front of her car to dissuade her from leaving.  At this time, she just zooms off, scooping me up and over the hood of her car.  Leaving me a bruise on my hip and a scrape on my arm.

We finished our shopping, asked the Ralphs manager about the video surveillance in the parking lot and head over to the Van Nuys Police Station to file a report.  The officer said they they will be charging her with assault with a deadly weapon and that a detective would be in touch.  The new car/no plates will delay the investigation, but the police are on the case.  The irony of the whole situation was that when I returned to my car and inspected the scrape, it rubbed right off.  It was superficial damage. We mostly just traded dust.  If only she had stopped to discus the matter. 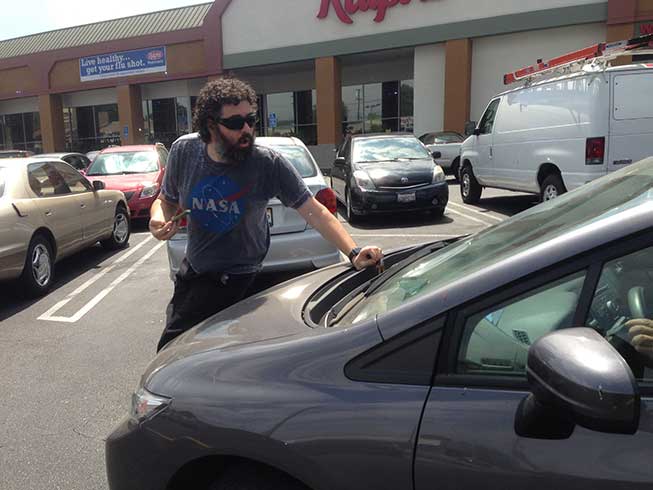 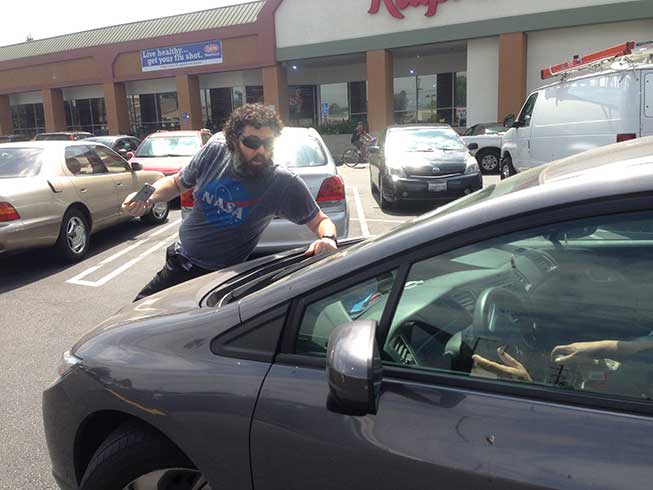 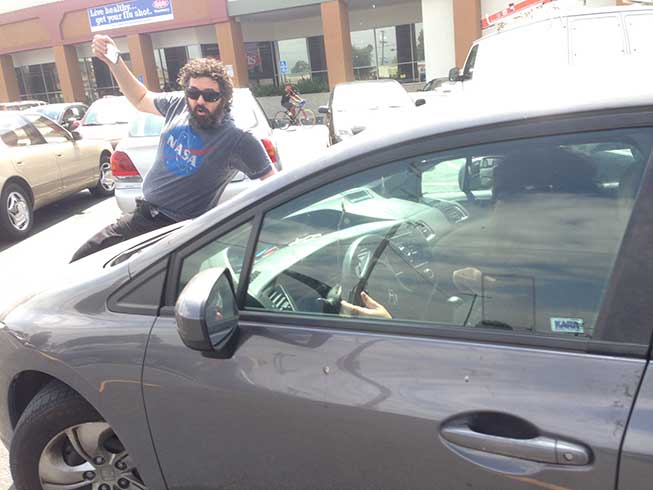 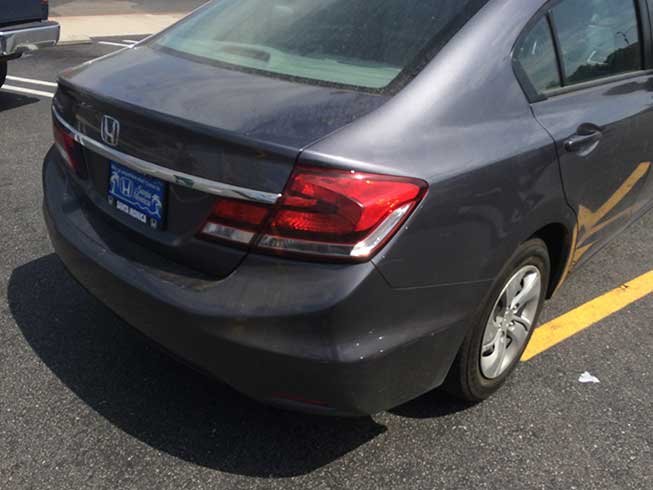 I love my dumfounded expression.  As if i couldn’t even believe this was happening.