Apple’s big announcement today turned out to be more small enhancements that add up to exciting developments.  First off the rundown, iPhone 6s/6s Plus hits stores the 25th.  Faster, better camera, haptic feedback, force touch, and rose gold.  New iPad Pro with 2732?by?2048 12.9″ screen, a keyboard case, and a stylus!  Hits stores November. (also a new iPad Mini)  The Apple TV, got a complete rebuild with amazing looking features, but no delivery date.  Also some new Watch styles and bands or whatever.

The new iPad Pro boasts amazing new hardware that will actually give full features laptops a run for their money.  I am excited to hear the four speaker audio system and try out some of the exciting new multitasking features of iOS 9.  From what I saw in the keynote, Apple may have been glancing over at Samsung’s Note line for feature ideas (picture in picture and the ability to annotate attachments just to name two).  All in all, i wish i could replace my laptop with this, however with the limitations of iOS and it’s total lack of ports it’s just the big iPad i really want.  I will be watching the new Smart Connector for exciting new hardware.  Finally, the new keyboard cover looks nothing like the Microsoft Surface! 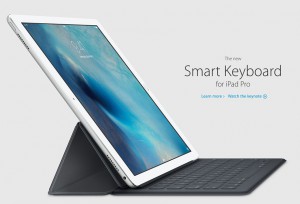 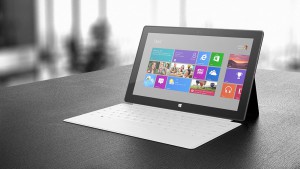 The new iPhone adds a new dimension to the iOS user interface.  Apple calls it 3D touch.  It allows you to quickly perform common tasks saving valuable taps.  Not a major upgrade, but I like the increase is time saving and predictive user interface features that apple has packed into iOS 9.  I cannot wait to see it.  I am probably going to pre-order one of these.

The Apple TV was a biggie.  Complete hardware redesign, a new remote, App Store, Local storage, and more!  I have been following the AppleTV since the original with a PentiumM processor.  It has come a long way!  It is practically a game console now.  In fact there seemed to be a pile of Wii style games demoed in the announcement.  Siri can now be used to command your media library as well as media streaming services like Netflix, Hulu, or HBO Now.  A very reasonable price tag ($150-$200) almost makes you forget that there is no release date yet.  I am sure they are still getting the software dialed into even more services.  For me, the best way to judge the awesome in any media system is to look at it’s remote.  Here is the new Apple TV remote: 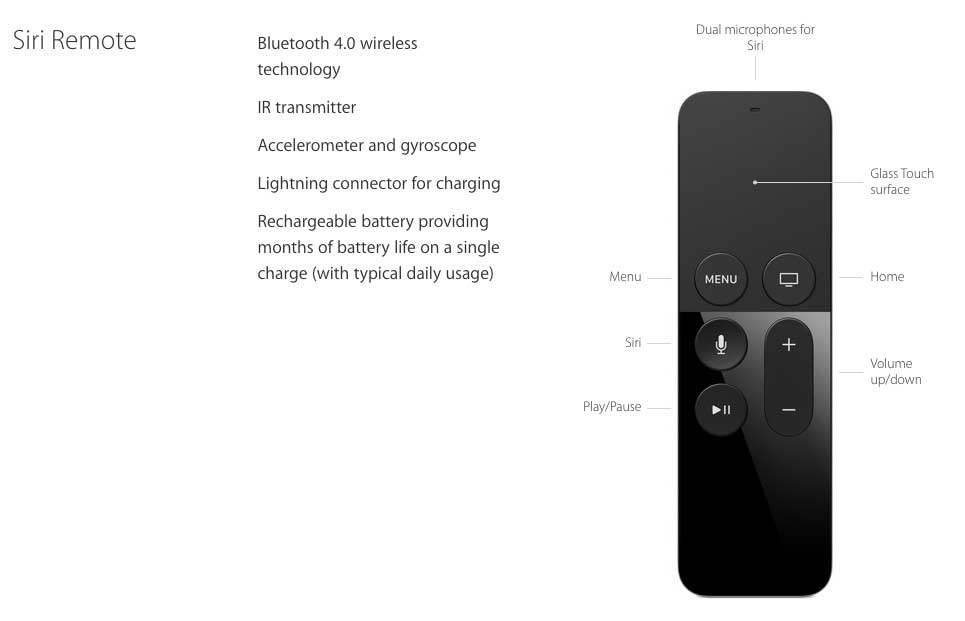 Will we be seeing controllers soon?