Today would be my grandfather’s 100th birthday.  My grandfather was a major influence on me growing up.  He lived far away for my early years.  When we did get together my sister and I were doted upon and given wonderful gifts.  My Zeda was a television repairman by profession and a photographer and handyman as well.  His unique solutions to problems helped inspire my hacker spirit. He taught me that pencil erasers make great contact cleaners and to respect electricity.  I have inherited many of his tools.  I even used a few to fix CRT displays when I first started working on hardware.  He was quiet and patient, but always quick with a joke or rhyme.  His love for technology inspired me as well as my father before me.  He had internet in the early 90s and used his computer to scan and retouch pictures well into his 90s.  He served during World War II and told me more then a few interesting stories about that and his time as a stevedore on a cruise ship before the war.  He is fondly remembered in his neighborhood and at his temple where he continued to help out, fixing things until his death at 97.  To celebrate his memory, I ate some of his favorite food and told some stories.  This is for you Zeda.  I love you. 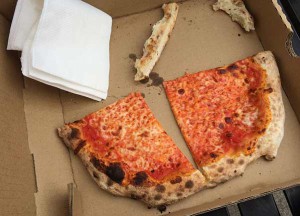 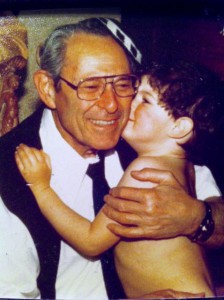